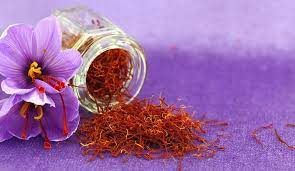 As we move into the winter months I thought it would be good to talk about a herb that can help bring the summer back.  SAD or seasonal affective disorder is a type of depression that often appears in winter and disappears in summer.  Symptoms include lack of energy, sleeping too much, feeling tired all the time, over-eating, gaining weight and losing interest in normal activities. It is thought to be caused by changes in the circadian rhythm or the winter change in production of serotonin and melatonin, which can affect sleep and mood. Even though SAD is less common in Australia, winter can be a time when many of us feel flat and lethargic. Saffron can be a gentle way to improve our mood, ease anxiety and regulate our appetites.

Saffron is the world’s most expensive spice (it can reach up to $30,000 per kg!). The spice is from the stigma of the flowers: the red filaments that form the female reproductive parts of the saffron crocus, thought to have originated in South West Asia or the Mediterranean. The entire dried stigma is what we know and buy to flavour our cooking and the part that is used in traditional herbal medicine.  Also known as Red Gold or the Golden Spice, the high price is due to the high manual labour it takes to harvest, handle and cultivate.  Painstakingly gathered by hand it can take 40 hours to collect 150,000 to 250,000 flowers which are then carefully picked one by one to produce one kg of high quality saffron.

Mainly grown in Iran and Kashmir, Australia now has about 80 saffron producers who collectively produce about 10kg per year. The origin of the word saffron comes from the Arabic, Za’faran or yellow, reflecting the high concentration of carotenoid pigments, the most famous of which is crocin. Ancient Assyrians in 7th Century BC used it for breathing difficulties, painful urination, menstrual disorders and diseases of the brain. The last two are the best researched modern applications. Culpepper said saffron ‘quickens the brains’.

Some of saffrons actions are nervine, anti-depressant, anxiolytic, adaptogenic, sedative, antioxidant, anti-cancer, aphrodisiac, cardiotonic, analgesic and anti-spasmodic. Increases in scientific studies over the last 30 years have shown that saffron can improve the symptoms of depression, PMS, PMDD, infertility, overeating and sexual dysfunction. It has also been studied for its use in Alzheimers disease.  A 2020 systematic review of randomised controlled trials (RCT’s) found saffron to be equally as effective as the most commonly used drugs for Alzheimer’s with less side effects. 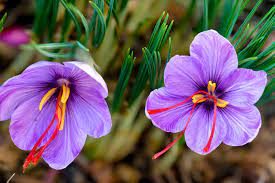 It is not known as the Sunshine Spice for nothing as it also helps brighten the mood. Traditionally used in Persian medicine for depression, many recent studies including double blind RCTs show not just improvements in mood but also in sleep. It has been found to be as effective as Prozac without the side effect of sexual dysfunction (in fact it can treat that too!). You can also take it concurrently with SSRIs (Selective Serotonin Reuptake Inhibitors commonly used for depression/anxiety) like Prozac which you cannot do with herbs like St. John’s Wort. It can also help with withdrawal from Opiod addiction and has been used to treat adolescent anxiety and depression while also helping with social phobia.

Saffron has been found to help with shortening active labour during birth significantly in one study. It has also been shown to improve PMS and may improve hot flushes in post-menopausal women. It’s thought that because of its constituents zeaxanthin, lycopene and carotene that saffron can help with eye health both with macular degeneration and retinal function. In one study it eased Glaucoma after only 3 weeks of therapy by helping to reduce the intraocular pressure of the eye. It has been found to reduce blood pressure in those patients with cardiovascular disease, metabolic syndrome and diabetes. Saffron is found to help with insulin resistance and blood sugar management while even helping with food cravings and snacking! Some research suggests that it is a useful adjunct to weight loss programs and is so promising that it should be used as an anti-diabetic drug.

Delayed onset muscle soreness (DOMS) another term for the painful recovery from working out has been studied using saffron compared to both a placebo and an NSAID (non-steroidal anti-inflammatory drug). The placebo group suffered severe pain for 3 days afterwards but the saffron group had 11 x less pain after 24 hours. In fact the NSAID group took 3 days for the pain to disappear but only 2 days for the saffron group. Saffron may help with asthmatic symptoms, even reducing the need for medication and night waking in several studies. Herbalists in the west bank of Palestine use saffron traditionally as the main herb for bed wetting in children.

How much do you need for these effects? 1ml of liquid extract at 1:20 strength is about equivalent to 50mg of the dried herb. Many of the scientific trials use 30-50mg per day so this is a cost effective way to access saffron in an easily absorbable form (about $10-20/month). The trials in age related macular degeneration for instance used just 20mg of dried stigma a day. It is easy to dose this way and the taste is bland and slightly oily. It has a wonderful yellow colour on its own and also blends well with other synergistic herbal medicines like turmeric. While a little more expensive than other herbs a little goes a long way! (References supplied below).

Thank you to The Herbal Extract Company our supplier of Saffron for this information. 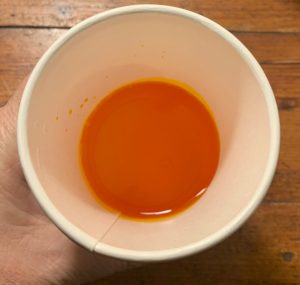 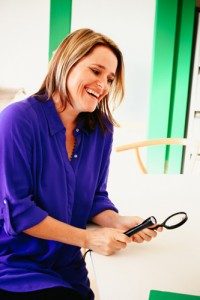 Book ONLINE for an appointment here…